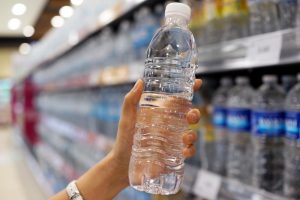 According to a new US national survey of more than 2,000 U.S. adults aged 18 and older conducted online by The Harris Poll on behalf of the International Bottled Water Association (IBWA): almost 9 in 10 Americans (88 percent) say they have a positive opinion of bottled water as a beverage choice.

Seventy-two percent of Americans drink both bottled water and tap or filtered water.

Ninety-six percent of Americans have purchased bottled water. This aligns with news that bottled water continues to be America’s No. 1 beverage, outselling soda (by volume) for the seventh year in a row in 2022, according to the Beverage Marketing Corporation (BMC).

Questions concerning consumer knowledge about recycling, bottled water containers, and their impact on the environment found:

When it comes to who should be primarily responsible for recycling water bottles, nearly 2 in 3 Americans (64 percent) believe it should be consumers, 58 percent say companies that make or sell bottled water and 47 percent say the government (41 percent say local or state and 26 percent say federal). (Numbers do not equal 100 because respondents were able to choose more than one answer.)

“People are increasingly choosing beverages with fewer calories, so they are shifting away from less healthy packaged drinks and are choosing the healthiest option – bottled water,” says Jill Culora, IBWA’s vice president of communications. “People who make this switch are also helping the environment because not only are bottled water containers 100 percent recyclable (including the cap) but they also contain much less plastic than soda and other packaged beverages.”

Bottled water containers, on average, use 59 percent less PET plastic than other packaged beverages (9.89 grams vs. 23.9 grams for 16.9-ounce containers). Soft drinks and other sugary beverages need thicker plastic containers due to their carbonation and/or bottling processes, read more here.

IBWA encourages consumers to make healthy hydration a part of their daily lives and pick bottled water as their packaged beverage of choice, whether it’s at home, at the office, or on the go. And remember – always recycled any plastic beverage container.