Coca-Cola testing “fill your own bottles” water dispensers in Japan

Following a recent announcement by the Coca-Cola Company to make 25% of its packaging globally reusable by 2030, Coca-Cola Japan have been working on a project called the Bon Aqua Water Bar.

The Coca-Cola Company hopes that Bon Aqua Water Bar will make drinking purified water affordable without consumers having to worry about plastic pollution. The Water Bar was piloted in December last year at Universal Studios Japan and is currently being tested at Tiger Corporation in Osaka. 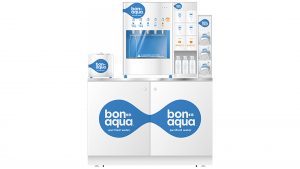